In modern times, with an abundance of food, our bodies are bombarded with sugar and starch-rich foods in much larger portions than traditionally would have been consumed. This shift in behavior is fueling an increased risk of cancer development, due to the higher levels of insulin and blood glucose in our bodies caused by excessive consumption of carbs.

Cancer cells have faulty cellular metabolisms, meaning the way the cells produce and utilize energy from food is different from normal cells. Otto Warburg, a cell biologist working during the early 20th Century, discovered that cancer cells can only produce energy from glucose fermentation, rather than using fatty acids. Because of their reliance on glucose, cancer cells have up to 10 times more insulin receptors on their cell membranes compared to normal cells. This helps them absorb all the glucose they need in order to grow and divide.

By feeding cancer patients with a low carbohydrate, high fat, medium protein diet, the body goes into a state called ‘ketosis’, which means it will shift towards making energy from fatty acids (ketones) and not from glucose. This process will deplete the fuel source of glucose for cancer cells, and starve the cancer, preventing future growth. In healthy cells, ketones are metabolized for energy and in the brain ketones are an excellent source of fuel for the neurons.

Numerous pre-clinical trials have provided evidence for the anti-cancerous effect of Ketogenic diets.1 Calorie restriction has been shown to increase anti-tumor effect and sensitize cancer cells to chemotherapy. However evidence suggests that not all cancer patients would be suitable for calorie restriction, particularly those with cachexia. Another key issue in the effectiveness of the Ketogenic diet is the composition of the fatty acids which make up the diet. Studies showed that eating a fatty acid ratio comprised of 25% medium chain triglycerides, (eg. coconut oil, milk) and 75% long chain triglycerides was more effective against specific cancers when combined with calorie restriction.2

When comparing a range of cancers and their response to a Ketogenic Diet, it appears only certain cancers respond well to the diet. These include Glioblastoma, prostate cancer, colon cancer, neuroblastoma, pancreatic cancer and some lung cancers.

As a general guide, the ratios of the macro-nutrients need to be around 75% fats, 20% proteins and 5% carbohydrates. When testing blood sugar levels the ideal blood sugar concentration for weakening cancer cells is between 60-70mg/dl and ketone levels are recommended between 4-7mM. When switching from a normal diet to a ketogenic diet, it can take anywhere from a few days to 2 weeks to fully go into ketosis. This varies depending on whether a person is exercising, is overweight, has optimal thyroid function, and how strictly the diet is followed. As well as testing the body’s ketones or blood sugar levels, other signs that you’ll be in Ketosis are bad breath (due to ketones being excreted in breath) and increased urination.

There are a few contraindications it is important to watch out for, as not everyone is suitable to going ketogenic. Anyone who has suffered from kidney stones, who has had their gallbladder removed, or who has been diagnosed with pancreatic insufficiency (low elastase on stool analysis) must consult with a doctor before considering going ketogenic. 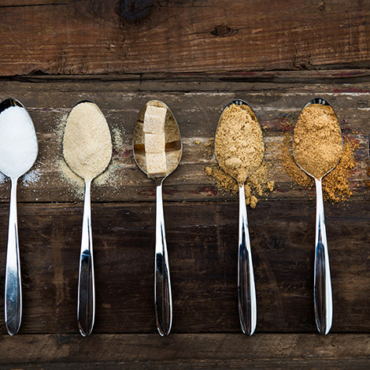 Cancer, Sugar, and the Immune System