Limitations of using chemotherapy and radiotherapy

There are many types of chemotherapy agents used today. Traditionally chemotherapy is a non-specific and non-molecular treatment, which shows specific sensitivity to specific cancers depending on the patient and cancer type. The general principle in this therapy is that the chemical agent used kills more cancer cells than normal cells. However, it’s the continuous use of chemotherapy which causes collateral damage to normal cells and hinders patient recovery. In addition, this non-specific approach of treatments means not all cancer cells are going to respond to treatment.1 This leads, inevitably to chemotherapy resistance. At this stage cancer can evolve to become more aggressive and more difficult to treat. Invariably, oncologists at this point change tact, introduce a combination of treatments, which may or may not have an effect. This has been the strategy of oncologists for many years.

More recently, in the last 10 years has been the development and use of targeted therapy. This targets specific genes and proteins involved in the growth and survival of cancer cells. These can be monoclonal antibodies, which target specific proteins on cancer membranes, and can help make chemotherapy and radiotherapy more effective. The limitations2 of targeted therapies are that similar to chemotherapy’s, the cancer cell can evolve to express different genetic and molecular targets and thus build resistance quite quickly. In addition, toxicity symptoms sometimes occur thereby affecting quality of life for patients.

Radiotherapy has been widely used for a variety of cancers. It has been curative for those types of cancers which are undifferentiated, rapidly dividing and highly active metabolically. However certain cancers like melanomas, gliomas, sarcomas or cancers which are differentiated are less sensitive to radiotherapy. Cancer stem cells are quite resistant to Radiation treatment and so limitations arise for many patients using radiotherapy as a treatment.

The predominance of cancer research into new treatments has been focusing on targeted therapies, aka the genetics of cancer and cancer cell division, and yet, focusing on the genetics has yield little progress on the effectiveness of new drugs, let alone the prognosis on patients survival. Maybe its time to look at cancer from a new focus.

We have long known that cancer has a different metabolism to normal cells.3 Growing tumors rewire they metabolisms to meet their increased proliferative demands, by increasing their consumption of glucose and glutamine, increased glycolysis (inefficient energy creation) and increased secretion of lactate. All cancer cells regardless of their genetics share this same metabolic shift. As a result of increased glycolysis generation of energy, there’s a reduced demand for oxygen by cancer cells compared to healthy cells. This implies that the mitochondria (the organelles that make energy) are defective and that treatments which target the mitochondria of cancer cells could be an attractive strategy.

Cancer cells, with their unique metabolisms, have a decreased ability to breakdown hydrogen peroxide within their cells.4 This is a result of having a reduced ability to produce catalase, the enzyme responsible for breaking down Hydrogen Peroxide. Normal cells can protect themselves against Hydrogen peroxide as they produce catalase. So, any natural compounds which can increase the oxidative stress of increasing Hydrogen peroxide levels in cancer cells can weaken their presence and assist their apoptosis.  Vitamin C at high doses (30g+) together with selenium at high doses (900mcg+) stimulates the production of Hydrogen Peroxide (H202) and can be used as adjunctive treatments with minimal side effects.

Fasting is another method used by some oncologists to improve the efficacy and reduce the side effects chemotherapy.5One method by Fasting for 24 hrs before chemotherapy treatment, increases the update of the chemotherapy into cancer cells in certain types of cancer. Fasting also has the benefit of reducing one of the substrates which cancer uses to grow, namely glucose. There is a further upregulation and activation of NK cells (natural killer cells) which are important in the fight against cancer.

Natural therapies which are synergistic with conventional treatments

Infra-red (IF) radiation, through the application of IF saunas, has demonstrated6 radiation damage to the DNA of cancer cells. This increases the oxidative stress to cancer cells and subsequent damage to the organelles particularly the mitochondria. This disruption to the mitochondria DNA (mtDNA) makes cancer cells particularly prone to cell death.7 Research shows that combining IF therapy with chemotherapy can increase the effectiveness of the drugs on cancer.8 So at the right frequencies it appears IR can be a useful adjunctive approach.

Ozone therapy has been used in various medical applications over the years typically treating infections. However recently Ozone therapy has been demonstrated to improve the effectiveness of chemotherapy and radiotherapy whilst reducing the side effects9. In addition, its been shown to boost the immune system response to cancer cells.10

In the past therapies centering around low levels of electromagnetic waves as an application to treat cancer has been explored. Research has recently demonstrated that specific frequencies11 have demonstrated to be affective in interfering and disrupting the growth in tumors in a variety of tumor types. These specific electro-magnetic frequencies target the expression of genes involved in migration and invasion of cancer cells, and disrupt the division process itself. There is additional evidence showing that when used as an integrative approach with chemotherapy it can potentiate the effect of the drug on cancer cells.12

Integrative cancer protocols are being practiced by many innovative clinics around the world and choosing safe protocol which mitigate the side effects and optimize the cancer damaging effects of conventional treatments is always a better strategy. 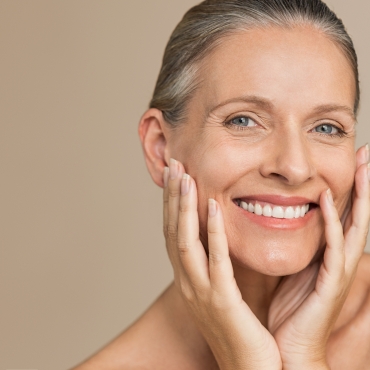